By Dan RahnUniversity of GeorgiaGeorgia cotton farmers may be thinking that old saying, “you can’t win for losing,” was intended for them. Struggling with the drought all summer, they finally began getting plenty of rain this fall, precisely when they needed lots of sunshine.”All this rain has made it a pretty miserable time for people growing cotton,” said Steve Brown, a cotton scientist with the University of Georgia College of Agricultural and Environmental Sciences.Georgia farmers headed into November with about half of the state’s 1.45-million-acre cotton crop harvested. The fall weather was greatly limiting harvest time for cotton, which must be picked dry.Rains hurt yields, quality”The rains have made things very difficult,” Brown said. “It has lowered both the yields and the quality.”When cotton bolls first open, he explained, the cotton is at its peak, with its brightest, whitest fibers. The more it’s exposed to rain, the more the cotton deteriorates. The fibers become duller, grayer.In the rain, the burr that holds the cotton bleeds onto the fibers, further damaging the color. The rains damage the quality of the seeds, too, which are used for oils and livestock feed.The U.S. Department of Agriculture started the season predicting Georgia farmers would produce 2 million 480-pound bales of cotton and average 710 pounds per acre, Brown said. Latest estimates are down to 1.7 to 1.8 million pounds and 621 pounds per acre.Yield estimates keep dropping”I think we’re going to wind up somewhere around 600 pounds per acre,” he said.East Georgia cotton farmers have been generally the hardest hit, said Brown and Philip Jost, a UGA cotton scientist in Statesboro, Ga. While the fall rains have hurt farmers fairly equally statewide, the summer drought had limited cotton grown more in the eastern part of the state.”The big issues in southeast Georgia have been first that drought stress limited the boll set,” Jost said, “and then the late rains rotted some of the bolls there were and stimulated regrowth in the top of the plants.”The late regrowth was a complication cotton farmers didn’t need. At best, it gave them two crops on the same plants. For most, though, the weather was so consistently rainy or overcast that the late regrowth is now just extra foliage getting in the way of a clean harvest.Many fields wiped outA month ago, Jost said, crop insurance adjusters were estimating the yields in some fields at just 150 to 200 pounds per acre. “But they were anticipating that those top bolls would open, and they haven’t,” he said. “So now they’re going back with estimates at about a third of that.”Even at 150 pounds per acre, the cotton isn’t worth harvesting, he said. With the price deductions for reduced quality, the $50 or so farmers would get per acre won’t cover the cost of defoliating, picking, ginning and storing the cotton.Jost said farmers in Burke County are probably the hardest hit in east Georgia. Richard McDaniel, the UGA Extension Service coordinator there, said farmers in the county have already accepted crop insurance claims and mowed down 12,000 of the county’s 46,500 cotton acres. He estimates they will destroy 25,000 acres before they’re done.”It’s terrible,” Jost said. “In some of those fields that have been mowed, you can walk out there and not see any lint at all.”

Credit unions are facing an intense, competitive environment. Selecting a strong leader is paramount to the credit union’s success. The skills required of a Chief Executive Officer (CEO) have changed as banking moves to the digital age. Boards of directors must project the skill set required for a CEO to be successful in the hyper-evolution of banking. Tomorrow’s CEO must be savvy in technology, analytics, regulations and changing consumer behavior.On top of these skills, directors must acknowledge that Americans, still recovering from the Great Recession, feel particularly skeptical about financial institutions. That skepticism can make an impending change in your credit union’s leadership even more intimidating.Ultimately, the board has three distinct options for succession planning. Each option carries distinct advantages and challenges. continue reading » 47SHARESShareShareSharePrintMailGooglePinterestDiggRedditStumbleuponDeliciousBufferTumblr 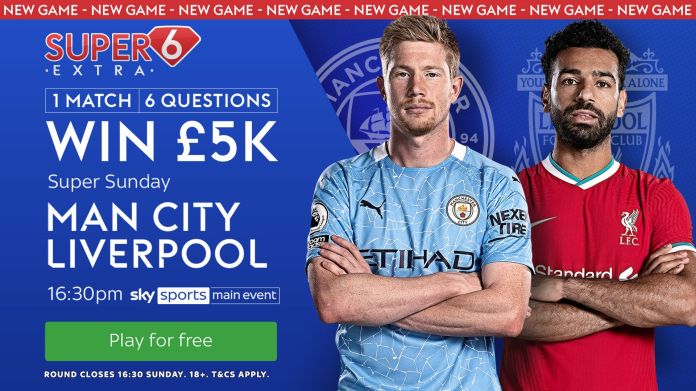 You can win £5,000 for free with Super 6 Extra by predicting what will happen when Manchester City welcome Liverpool in a blockbuster Super Sunday clash.The Premier League champions meet the former champions in one of the biggest games of the season – and you could enhance your viewing experience by winning £5,000 with our new free-to-play game.- Advertisement – – Advertisement – Both sides come into this contest in very differing positions. The visitors and Premier League champions Liverpool top the table despite the absence of Virgil van Dijk. They have had to come from behind in both of their recent league matches with West Ham and Sheffield United at Anfield but did do so successfully, earning back-to-back 2-1 victories. Jurgen Klopp’s side have only kept one clean sheet this season and have failed to do so in their last five outings.Manchester City sit midtable after an inconsistent start. That said, Pep Guardiola’s team are unbeaten in their last four, with 1-0 wins over Sheffield United and Arsenal either side of 1-1 draws with West Ham and Leeds. City do have a game in hand which could take them as high as fourth, but victory against Liverpool here certainly closes that gap at the top and sends a statement to the rest of the league.Guardiola does know what it is like to record three points against Liverpool at the Etihad, with Manchester City beating Liverpool at home in the last three meetings in the Premier League. A 5-0 win in 2017 was followed by a 2-1 victory in 2019. Liverpool did have the Premier League title wrapped up by the time these two last collided, yet nonetheless, City ran out 4-0 winners. Who will you side with?Half-time score- Advertisement –

“The slow uptick was there, and it will continue,” he told The Jakarta Post in an interview on Monday. “However, I foresee that there will be a demand dip again in Jakarta for sure.”Saberwal also said he was optimistic the budget hotel industry would be among the first sectors to economically recover after the pandemic, fueled by demand from domestic tourists.He said the mid-segment market and high-end travel market were expected to pick up once international flights returned to normal.Such a trajectory, he added, had been seen in the domestic tourism and hospitality industries of China and South Korea. “I think Indonesia and other countries with high domestic travel demand have seen slight recoveries,” he said, adding that he predicted more of a recovery to be seen in the first quarter of next year as most governments would have flattened the COVID-19 infection curve by that time.Read also: Demand for staycations to surge as tourist destinations reopenIn May, the company reported that it would work on a zero-revenue assumption until next year. While Saberwal said the strategy was no longer in place, he said RedDoorz would remain conservative and aim to improve efficiency.“In the last three to five months we have been focusing more on being an efficient company. I didn’t want to expand our footprint to the point that we could not help our existing partners,” he said, referring to RedDoorz’ 1,500 hotel partners across the country.He also said the company had been focusing on automation, including in its refund system, to make the process more seamless and reduce human error.Recently, RedDoorz competitor OYO found itself in the spotlight when its customers flocked to social media to express their frustrations about the difficulties they had faced receiving refunds. Meanwhile, another budget hotel aggregator Airy closed down after failing to cope with the impacts of the pandemic.Topics : Budget hotel booking and management platform RedDoorz has said it is optimistic about its future in Indonesia, with the company expecting occupancy rates to increase despite the reimplementation of partial lockdown measures in the capital.RedDoorz CEO Amit Saberwal said that occupancy rates in Indonesia had risen to 30 to 40 percent during the relaxation of large-scale social restrictions (PSBB), which began in May.Although occupancy was “not optimal” compared to pre-COVID-19 levels of 60 to 70 percent, he said the rate had been slowly creeping up.